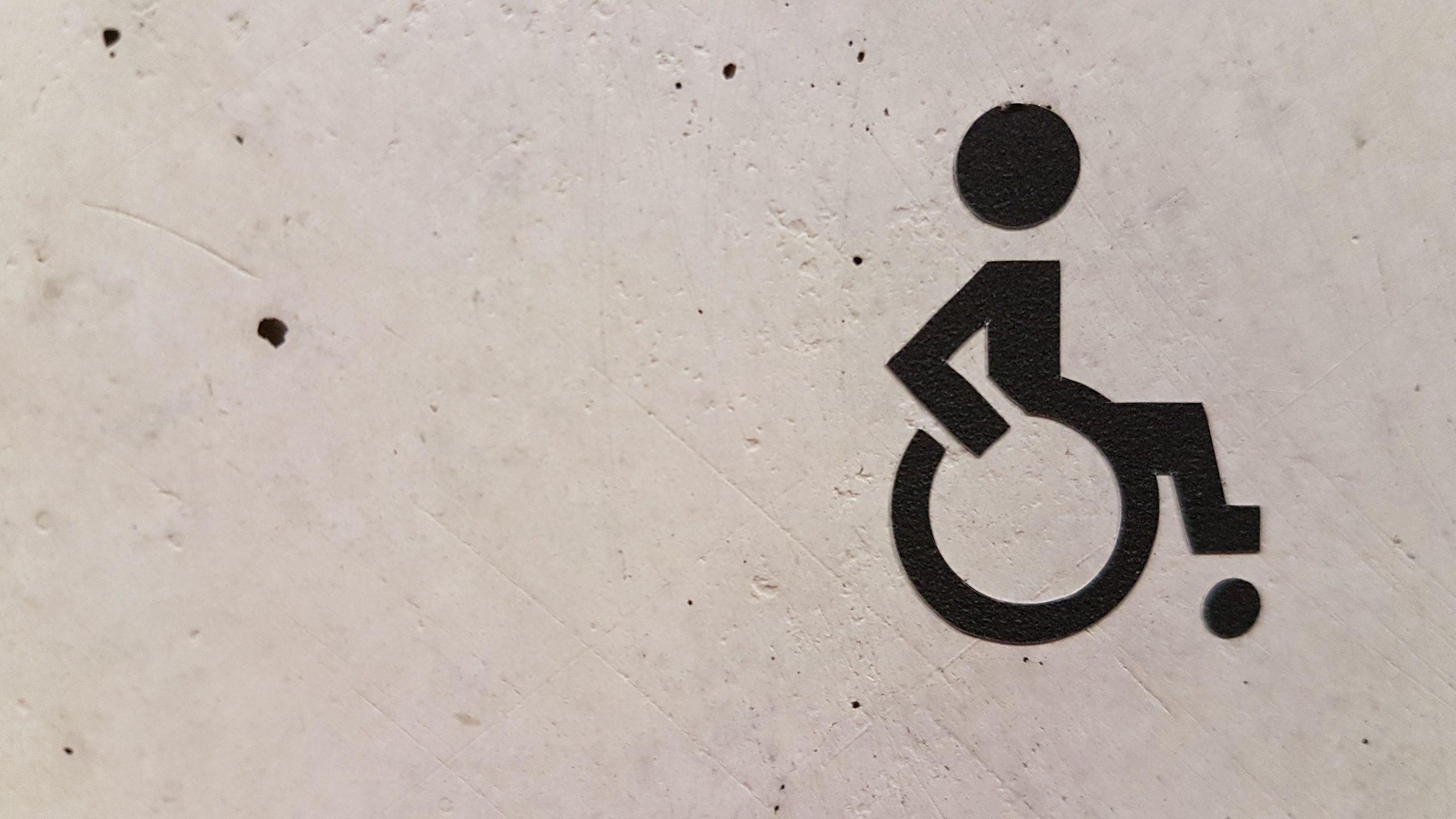 I am a wheelchair user and I love riding the train. Unfortunately, this is not easy in Germany (and in Europe in total I have to admit). Most of the Intercity trains still have steps. So I am forced to ask for help.

Nope. 48 hours in advance! If I am lucky I get the connection. But this only works if I take into account the opening hours of the train staff – if there is any personnel at all at the station!

Once I am at the station many other problems could occur. Broken lifts, broken trains, broken toilets. Just to name some. When I finally arrive it is not always clear that the staff appears at the train to pick me up.

In 2019 I was forced to pee into the train, because of a broken toilet and a train boss who was not willing to open the toilet for me. In 2020 – at the eve when trains were shutdown due to Covid-19 – the train boss cleared the whole train with 200 passengers inside, because the only accessible toilet was broken, and he would not accept me as a passenger, if I there was no access to a toilet. Later on, things turned out that he was wrong…

Lots of barriers right into your face

What I did so far to make this miserable situation for 11 million train passengers with disabilities more visible in Germany? In 2019, I started a petition on change.org with more than 130.000 supporters inviting the Big Train Boss (Richard Lutz) to do a train ride with me… The challenge for him: He is using a wheelchair along with me to show him how things are if you travel on wheels and facing steps. His respond: Nice idea. But sorry, no time… Well, I would have been very happy, if he would have grabbed this chance, even if he would not use the wheelchair.

Fortunately, my petition was picked up by Philipp, a genius developer from Karlsruhe. He invented a system which made it a thousand times easier to call the mobility service. It’s called HaSe – like the rabbit – and is a smart mobility application. It is now being used by over a hundred people and dramatically changed their lives.

Traveler Rights – Get Paid for Pains

Recently we added another service: Now, whenever people with disabilities facing barriers while riding the train, they can use the service from the legal tech company refundrebel to demand personal injury compensation. The service is called “Entschädigung bei Barriere” (compensation for a barrier). And it works! Learn more about, how to get up to 500 Euro for a broken universal toilet.

And what does Deutsche Bahn do? They buy even more trains, which are not accessible for people with disabilities – and for everyone else as well, considering that every passenger would prefer to enter a train, instead of climbing into it! So, the 30 brand-new ICE trains, they ordered in July 2020 for one billion Euro have steps at their entry doors. Meaning that they do not enable accessible and instant travelling (show up and ride) for people with disabilities. Which is against the United Nations Convention on the Rights of Persons with Disabilities (Article 3 “non-discrimination) and against the German law (BGG 4).

And even more extreme: Deutsche Bahn / Siemens does not baulk to create a separate entry doors for people with disabilities: If a wheelchair user or a walker wants to enter the train, they do not go through the general entry door, but through a separate one. Deutsche Bahn created a special – exclusive – solution!

Now the new ministry of traffic Volker Wissmann declares train rides with the new ICE to be accessible free. Can you imagine that?!

That shows how little is known about inclusion and how little the train bosses (and the train industry) care about inclusion and diversity. They have not even asked people and organisations with disabilities whether the separate entry door is okay with them. They just impose it. (By the way: just another aspect where Deutsche Bahn and the German Ministry of Transport violates people rights, since the UN convention clearly states the right for “Full and effective participation and inclusion in society”).

Why the fight? I know that making train rides in Germany (and Europe) accessible is like moving a mountain. But still, some people need to make a first step. My vision? Making train rights fully accessible and inclusive by 2050.

Photo by marianne bos on Unsplash